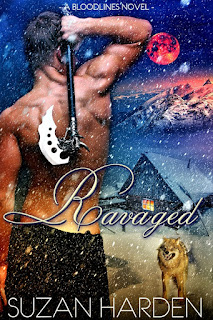 First of all, thank you to everyone who downloaded a free copy of Blood Magick and bought Zombie Goddess and Sword and Sorceress 31. I hope all of you will leave a review once you've finished reading those books.

I'm about a month and a half behind compared to where I'd planned to be in completing the last three Bloodlines novels back in October. I actually thought I'd be finished with the first draft of Ravaged by today, but...

The story took a left turn that I wasn't expecting. Sometimes the characters do things you don't count on, but that make more sense than what you as the writer originally planned. That's both the fun and frustrating part of writing. As a result, Ravaged is going to be longer than planned as noted in the status bar to your right (if you're reading this on a fullscreen device).

While this means my entire schedule will be pushed back yet again, as [deity of your choice] as my witness, the last three books of the Bloodlines series will be done before I move on to the next series!

Posted by Suzan Harden at 5:00 PM No comments: 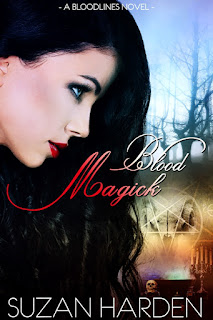 In the meantime, Zombie Goddess is still $0.99 until Saturday, too.

On Sunday, they both go back to their regular price of $4.99.
Posted by Suzan Harden at 8:00 AM No comments: 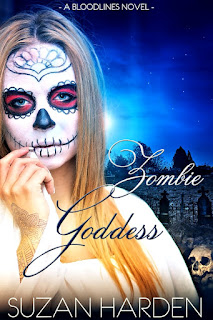 After three-years, one-month, and four days, the latest episode of the Bloodlines saga is live! And it's only $0.99 until December 10th!

Except her vampire fiancé turns into a jealous rage-monster every time Ares, the Greek god of war, tutors her in using her new powers. The daughter of one of her baby zombies sues Sam for desecrating her mother’s memory. And to top it off, Baron Samedi kidnaps her brother Max in exchange for a certain basketball-playing necromancer’s soul.

Which, by the way, she doesn’t have.

What’s a zombie goddess going to do? Because this time, Sam’s snarkalicious attitude won’t stop Armageddon.

Amazon
Posted by Suzan Harden at 11:00 PM No comments: