I'll be at the Findlay-Hancock County Library's Author Fair tonight from 6-8 p.m. Signed copies of my 2016 releases, Zombie Goddess, Justice: The Beginning, and A Question of Balance, will be available for purchase.
Posted by Suzan Harden at 12:00 PM No comments:

A Deep Breath and Moving On 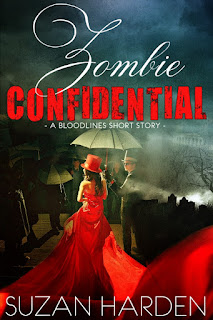 Three weeks ago, Darling Husband's mother passed away. Unfortunately, DH and I ended up shouldering a good deal of the responsibility in the aftermath.

FYI: It's a lot harder to write an obituary for a family member than to write a 100,000-word novel.

And thanks to my own chronic health issues, the stress caught up with me and landed my butt in the ER the night after the funeral. *sigh*

But I'm back in the saddle (or in my case, alternating between my recliner and my desk chair), and things are getting done. While I was recovering, I focused on getting the Seasons of Magick series and the Bloodlines shorts reformatted and new covers on them. Okay, I mainly played traffic cop. 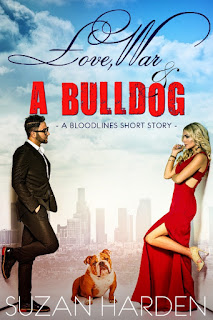 In between their e-mails, I started proofing the print copies of the first four Bloodlines novels that have been sitting on my desk for two years. Not to mention, I still haven't delivered Blood Sacrifice to Jaye for reformatting for the e-book as well as formatting the paperback version. I want to get those finalized before I start editing Ravaged.

And Thursday, I finally got back to writing.

Things are going a little slower than I planned. We still need to spend some time with DH's father as he makes the transition from married for 60 years man to single guy.

But the writing and publishing are inching forward, and that makes me feel pretty good.
Posted by Suzan Harden at 7:00 PM No comments: