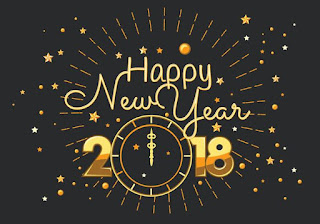 If you take a peek at my word count for A Modicum of Truth, you'll see I blew past my original goal of 80K words. No, it's not quite done yet, but the good news is I only have three scenes left to finish. The bad news is it won't be out in 2017 as I promised.

Yes, I feel terrible about it. Yes, I've seen y'all peeking in at the Justice Series main page. But, I am trying to finish it. You can ask my family. No pies or cookies for Christmas, and they all received gift cards and t-shirts.

Except for DH. He got a new phone, but only because his old one made a rabbit-like squeal and collapsed at 4:00 p.m. EST on December 22nd. All his attempts to resuscitate where unsuccessful. Time of death was called at 6:32 p.m. EST.

And with half of his staff out on vacation, DH really needed to have a mobile phone. So we rushed over to the AT&T store before it closed at 8 p.m.

The whole episode was rather amusing. We take turns over who gets the REALLY expensive gift for the year, and this year was DH's turn. First, he wanted a new phone. Then, he wanted a large-screen TV. Finally, it was a new laptop.

And all of my budgeting got shot to hell when first, my car was rear-ended, then Genius Kid's car broke down, and finally, thanks to the stupid tax bill, we needed to pay some expenses in 2017 that we wouldn't be allowed to write off next year.

So in the end, I had to dip into our savings to buy DH a fairly necessary item.

Yeah, it's little things like those that really screw with my daily schedule.

A Modicum of Truth - Chapter 7

Hello, my wonderful readers! Here's one last chapter of the upcoming Justice novel, A Modicum of Truth.

From now until after the New Year, I'll be radio silent (or slightly internet silent anyway). I'll be spending the next couple of weeks editing A Modicum of Truth and the next Bloodlines novel, Sacrificed.

(P.S. If you want early notification of when one of my books is available, plus notice of sales and special deals, you can sign up for my newsletter. The sign-up box is on your right; you may have to switch to desktop mode if you're on your phone. I WILL NOT spam you. Nor will I sell or give your personal information to anyone.)

In addition, I need to finish reviewing the paperback proofs of Blood Sacrifice and Ravaged. They've been sitting on my to-do list for some time, and I really need to get all this taken care of because DH is on a house-hunting rampage.

On the plus side, I said I'm not buying anything unless I have my own office!

I hope all of you have a wonderful holiday season! Here's to an incredible 2018!

Sivan scrambled to her feet to intercept the ambassador and escort him to my office. While Hogarth and Deborah guided everyone else in the cleaning of our dining tables, Little Bear pulled me aside.

“Was there something else?” I asked innocently.

“You know damn well what I’m objecting to,” he growled. At least, he didn’t undermine my authority in front of the rest of the staff. He’d taken last month’s lecture about discretion to heart. “You need more than just Tyra on this trip.”

“I need you here more than I need you to watch my back,” I murmured. “You saw Noko and Daniel’s reports from earlier today.”

“I also know about the coin Daniel found and what it means.” Of course, Noko had informed her chief warden of my off-the-record meeting with High Brother Talbert. Little Bear raked his hands over his short hair, a gesture I seemed to provoke in many men these days.

“Which is exactly why I need you guarding Yanaba,” I said. “I fear the Assassins Guild may target her next in order to make an additional point.”

His eyebrow arched. “You’re on the top of their list, not her.”

I grinned. “They’ve lost too many of their people trying to kill me. They need easier prey.”

“Like Dante’s children?” His gaze felt like a knife slowly penetrating my ribs before it sliced into my heart.

“Yes,” I whispered. “And Yanaba is just as vulnerable as they were. She needs you more than I do at the moment.”

“You know Tandor is a trap.” His hands clenched. He was probably imagining them wrapped around my throat in order to shake some sense into me.

“It’s the not-so-obvious traps that worry me. And we have more than enough of them here in Orrin. I need you here, and that’s the end of the discussion, Chief Warden.” I pivoted on my boot heel and strode toward my office. Little Bear was following his duty, but he needed to learn personal feelings did not always mesh with those obligations. A bitter lesson I still had trouble swallowing.

This time, Quan’s guards didn’t question me entering my own office because I’d left my cloak in the courtroom. Therefore, my face, and especially my eyes, were visible to them.

I found the ambassador lounging in my chair with the missive from the queen in his hand. “Enjoying yourself, Quan Po?”

His answering smile sent the beads at the ends of his long moustache swaying. “I wasn’t sure how long you would be, dearest Anthea, so I found some reading material to pass the time.” He rose and bowed. “I’ve come to offer my services.”

There was one quick knock on my door before Sivan bustled in with a tray. Steam rose from the teapot, bringing with it the scent of my secret stash of expensive Jing black tea. The tray also held a selection of almond and cinnamon dessert pastries as well as teacups. The ambassador laid my pardon on my desk, but remained silent while my personal assistant set everything in place.

Sivan shot me a sharp look when she was done. My subtle negation didn’t make her happy, but she left anyway. Two of my own wardens would be outside my door and challenging Quan’s guards to a staring contest while the ambassador and I spoke.

While I understood my personal assistant’s feelings on the matter, my relationship with Quan was a necessary one these days. I gestured for him to take a seat at the little table, which he did. He stayed quiet until I poured the tea and handed him the cup.

“The rumor among the fishwives is that you and High Brother Luc are riding south in a few days.” He watched me over the rim of his cup, but I also knew when to remain silent.

His lips twitched in faint amusement. “It has been suggested to me that a sea route would be safer, quicker, and would catch our demon dealers by surprise.”

I didn’t need to ask who had made the suggestion. Shi Hua was a very clever young priestess. I snorted. “Hardly. They already know we’re coming.”

“But not when and not how.” Quan sipped his tea. “The next high tide is at Second Night, and my ship is ready to launch.”

His proposal had some merit. Sailing along the coast would get us to Tandor two days early. And if Luc and I could scout the city prior to officially approaching the temples, we would have a better idea of what was in store for us. “And how long will your ship stay in Tandor’s port?”

“Three days. The captain was supposed to go late tomorrow to pick up a shipment of pulque and azul wine. However, his first mate is a registered weather oracle—”

“Another storm?” I sighed and refilled both our cups.

“No ice this time.” Quan saluted me with his cup before taking a deep drink.

“Thank Balance for that.” However, this close to the spring equinox we should be having fewer storms, not more, regardless of the ice question.

I stared at the orange steam wafting from my own tea. Three days. Could we even begin to accomplish what we needed to in three days? “What about our horses?”

Quan shrugged. “It depends on how well they travel by ship. But are you sure you want to take temple-trained mounts with you, Anthea? If you hope to reconnoiter the city prior to your official arrival, such horses will be obvious to those enemies who are all too aware of temple practices.”

“And you believe a red-eyed woman and a man with a missing foot won’t prompt questions?”

“True,” Quan admitted. “But human traits could be disguised. The horses will be far more difficult.”

I didn’t like depending on anyone else for transport, especially in a situation fraught with uncertainty, but Quan made a good point. “I still must speak with High Brother Luc first.”

“If we’re not at the docks when your captain is ready to cast off, he is not to wait,” I said.

Quan laughed and set his cup on the fine ceramic saucer that accompanied the serving tray. “Trust me. He won’t.”

We both rose at the same time. “Thank you for assistance, Ambassador Quan.”

“My pleasure.” We both bowed, and he departed.

While he was being more than helpful now, I had to wonder exactly what the Jing emperor’s brother would want in return.
Posted by Suzan Harden at 7:00 AM No comments: