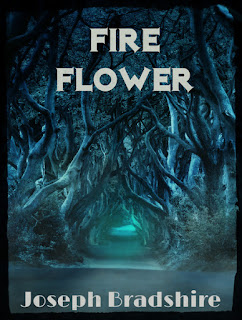 I'm not in this promotion, but a couple of writers I know are. Lots of good stories, but I highly recommend Joseph Bradshire's "Fire Flower" and Stuart J. Whitmore's "Wolf Block".

Even better? All the stories in The Summer Shorts Sampler are FREE! 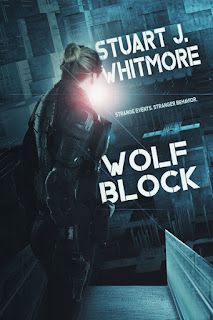 So load up your phone, tablet or e-reader before that Fourth of July roadtrip. This is a great way to try some new-to-you authors!
Posted by Suzan Harden at 7:00 AM No comments: Links to this post

It's been simultaneously busy and boring since I got out of the hospital.

Bills are starting to roll in just from the initial scans and biopsies from April and the first half of May. Despite having insurance, we're talking several thousand dollars worth of items with deductibles or stuff the asshole insurance company is flat-out refusing to pay for.

For example, United Health Care is trying to say any ultrasound or MRI is an "experimental" procedure. Mind you, lobular carcinoma is notorious for not showing up on x-rays.

So it's a matter for writing letters to challenge the UHC's bullshit. And calling various providers to set up payment plans.

Before anyone makes a comment about why we don't have savings, let me point something out--we did. We'd been saving for a down payment on a house. That's gone now, swallowed in the miasma of cancer treatment costs.

In the meantime, my typing was down to nil, thanks to my Jackson-Pratt drain. When the surgeon takes such a large swath of tissue, like in a mastectomy, fluid collects under the sown-up incision, especially blood and lymph fluids. My drain was a couple of inches beneath my left armpit. Unfortunately, there's no rhyme or reason for how long a person might need to keep the drain in. As my surgeon said, there's no correlation between age, gender, size, or type of surgery.

No worries, right? I could sit in my recliner with my laptop, right?

However, when I tried typing on my wip the second week after my surgery, my left arm would rub against the drain. Think of the type of rubbing of a new shoe that causes a blister on your foot. Within three days, the pain was unbearable. I had to stop. I even tried typing with just my right hand, but I'd get so immersed in the story, I'd start typing with both hands until the pain made me halt.

So I left my laptop on the desk, propped up my left arm, and watched too much TV.

The drainage petered down to where the surgeon felt comfortable pulling the drain on Monday. Yay! Freedom! I could write again without pain. And I did peck out a couple of pages Monday night.

However, my appointment with a oncologist here in town is next Monday, roughly four weeks from my surgery. I'm also looking to get a second opinion from an oncologist in Detroit. I don't know what's going to happen next. Radiation? Chemo? A combo of both? Neither?

Basically, I need to write (type) as much as I can over the next few days before the next step. But to be perfectly blunt, I'm reconsidering reconstruction after all the bullshit with the drains.
Posted by Suzan Harden at 11:00 AM No comments: Links to this post

I have breast cancer.

The last two months since my annual mammogram have been a whirlwind of tests and doctor visits and raw rage. I had a plan mapped out for releasing eight books this year, and I'm so fucking furious my writing/publishing plan has been blown to hell. However, this isn't the first time cancer has upended my life, though it is the first time I'm on the receiving side.

Jo, one of my writing friends, helped me put together an alternate plan. I keep writing as best I can through the surgeries and treatments, and I don't worry about the production side of things, like editing and formatting until I get through treatment. I don't have to worry about the covers because the lovely Elaina Lee of For the Muse Design already completed them last year, which I'm forever thankful for.

As I write this, it's been ten days since my first surgery, the mastectomy of my left breast. I have Stage II-B lobular invasive carcinoma. While it is the second most common breast cancer, it only affects 10-30% (depending on which literature you read) of diagnosed patients. The five-year survival rate is over 90%, which means I have a damn good prognosis.

When I rolled into the operating room last week, I thought I'd hit acceptance mode. But as I sit here in my recliner, minor irritation is transforming back to rage. My incision site has hit super-itch mode, and my arm rubs against the Jackson-Pratt drain sticking out my side a couple of inches below my very smelly pit.

Which is that way because I can't shave or use antiperspirant right now, and I really can't stand the smell myself, much less want to go out into public. And yes, I am showering.

What does this all mean? When are the books actually coming out?

I'm looking at another four weeks of healing time from the mastectomy. Then comes the radiation and/or chemo. I'm not sure which treatment or combo is likely because the tumor turned out to be larger than what the surgeon and radiologist estimated from the MRIs, the only decent pictures they could get. I haven't talked to the oncologist yet. Worse case scenario is twelve weeks of follow-up treatment, assuming I have no complications from the treatment itself.

And that takes us roughly to February of 2019 before my life returns to a relatively normal position.

I can hear y'all thinking, "Wait a minute! We have to wait nine months for a new book?"

I don't know if that will be the case. The timeline may be shorter. It may be longer. Despite the mental and emotional bullshit of the last two months, I wrote 42,000 words. I finished the first draft of Hero De Facto, and I'm roughly halfway through Hero Ad Hoc, the first two books of my superhero series. The real question is how much can I get done before chemo brain sets in because that's the real danger to my writing productivity. I can't promise any specific release dates because I can't guarantee what will happen next.

And as they wheeled me into surgery last week, my husband whispered, "You'd better live. You need to finish A Matter of Death."

See? Y'all aren't the only ones ticked with me for leaving A Modicum of Truth on a cliffhanger.

Posted by Suzan Harden at 6:00 PM No comments: Links to this post